Want to Get Recruited? Need to Step Up Your Game? Speed is The Key!

How to Detonate Your Game Speed in Three Weeks, Regardless of The Sport!

Get Instant Access to a Proven Online Video Training Program Specifically Designed to Help You or Your Child Explode Your Game Speed in Just Three Weeks.

If you're an aspiring athlete, the parent of one, or a pro who wants to step up their game, you've come to the right place.

Being an athlete, especially a college athlete, comes with a lot of benefits. You're competing in your sport at the next level, and showing off your skills in front of hundreds — perhaps thousands — of fans.

But best of all, you're receiving...

Let's be honest, though. The path to winning an athletic scholarship can be long and complicated. But it all starts with some key fundamentals: being good, being ready, and most important of all, being FAST!

Speed is the #1 skill most coaches look for when recruiting their athletes. It doesn't matter which sport you're in, being fast sets you up for success in a vast majority of cases.

So, why listen to me? 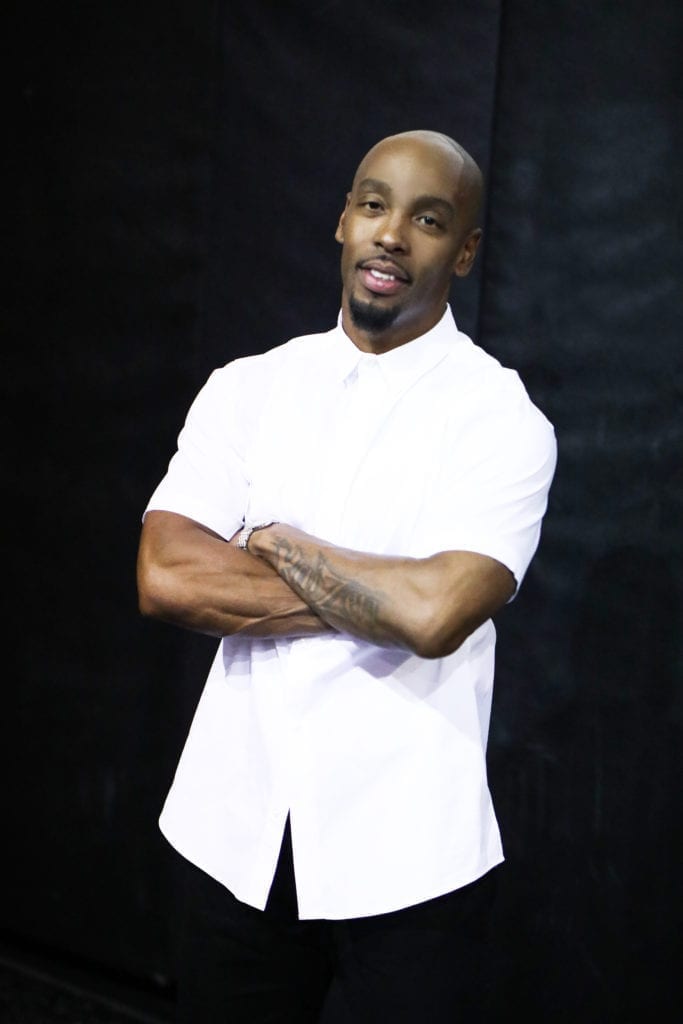 My name is Michael Waters.

For over 15 years, I've trained top athletes and I've successfully made hundreds of stars in practically every major sport, whether it's baseball, football, soccer, basketball, you name it. Here are just a few of the top athletes I've worked with:

Tristan Blackmon is a top MLS soccer player who plays for Los Angeles FC with the 3rd overall pick of the 2018 MLS draft. We did his MLS combine training.

Brandon Marshall is a star NFL linebacker for the Oakland Raiders. He initially started with the Jacksonville Jaguars out of the University of Nevada, Reno, before being signed on by the Denver Broncos and then the Raiders.

Tommy Pham is a pro baseball outfielder for the Tampa Bay Rays in the MLB. He previously played for the St. Louis Cardinals where he made his debut in 2014.

Many of them started out as high-school and college athletes.

Many of them came to us while in high-school or college. Their goal was to maximize their potential and make it into the big leagues. I've helped them because I know the impact sports has on young people and their education. That's why I devoted my career to training young athletes and work with a number of charitable organizations focused on youth sports.

As the founder and owner of Phase 1 Sports (with two facilities in Vegas and one in Hawai'i), I've created a powerful system that has proven to be successful for athletes, adults, fitness competitors, kids, and anyone else looking to get to the next level.

But not everyone lives in Vegas, can come to our facilities, or be able to work with us one on one — let alone afford to. That's why I've decided to teach my system in a way that everyone can access, regardless of where they are.

The Problem With Speed Training

So many "Speed Coaches" utilize a number of cool exercises that most athletes can't even do or that are simply are not productive. Athletes need a complete program that explains the details and benefits of each exercise.

Social media has made training more about entertainment than results. The goal is for our athletes to generate exposure by dominating on the field or court, NOT by having the coolest post on IG!

Are you training with your existing coach?

Over the years, we have worked with hundreds of coaches at every level. Your coach's job is very specific, put the team in a position to win. Yes, your coach probably has some training experience, but they have not dedicated their career to physically developing athletes. In most cases the coach is the first to say "you need to get faster."

Their job is to coach you, but they often just focus on the basic mechanics without a "why" or a purpose.

In fact, Google "get faster" and you'll get thousands of over-the-top results and videos showing you the fanciest drills on how to get faster. But many of them fail because they only teach you one or two things, usually just reps and sets. But nothing out there teaches you everything you need to know on how to get faster.

That's where Game Speed comes in. The one focus of this program is to get you faster!

What is Game Speed, Exactly? 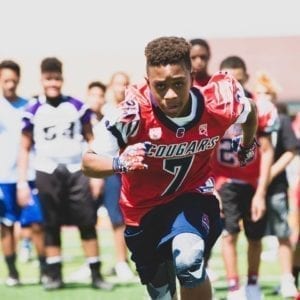 It's a complete program with one focus... Get FAST!

I show you the do's and don'ts, give you precise exercises and drills (from warmups to recovery and everything in between), and best of all, help you train different parts of the body that increase your overall speed.

Including the most important part of your body: your mind!

That's why Game Speed also incorporates training your mind, which ultimately is the most important factor for an athlete to get faster. As I've always said, "Train the mind and the body will follow."

With an easy-to-follow program, we can guarantee that, if you complete this program, you will get faster! You just have to commit and trust the process. All I need is three days a week for three weeks, and you will go from slow to fast to faster.

You can access it 24/7 and learn at your own pace, but I highly recommend my 3x3 model earlier. In fact, the course is split into Day 1-2-3. Just three days a week for three weeks, and you're set! You can watch the videos on your phone, tablet, or computer. You can follow along at your gym or sports center.

Who is this perfect for?

This system is great for parents who want to give their kids the best possible chances of success. They can teach it to their kids as it will show them what to look for. But it's also perfect for teens, especially during the summertime or when they don't have a trainer or coach, but they're self-motivated and want to do whatever they can to up their chances.

And of course, this course is also great for the seasoned pro and the average person, too — anyone who wants to up their game and dominate the court or field, no matter what level of training or skill they have. 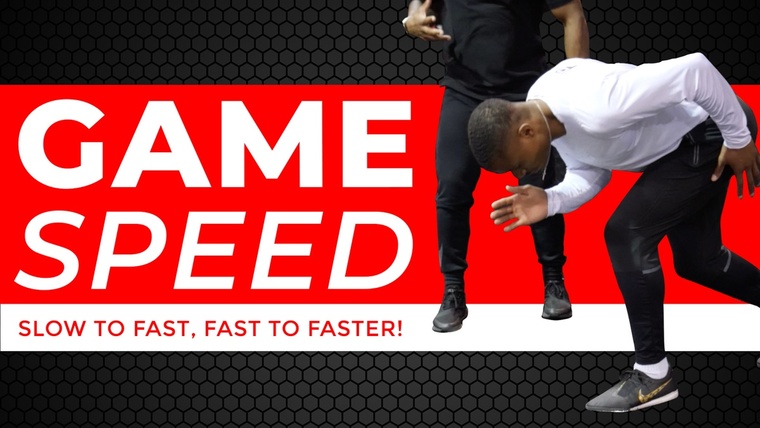 Game Speed is here for people of all ages to get faster quicker! No matter where you're at on your journey, from youth to the pros, this online training will get you where you need to be. Along with the system you also get a bonus training where you'll learn from a pro athlete who ran a 4.3 40 yard dash! This is a training you can't afford to miss.

Let's take a look at what's inside waiting for you... 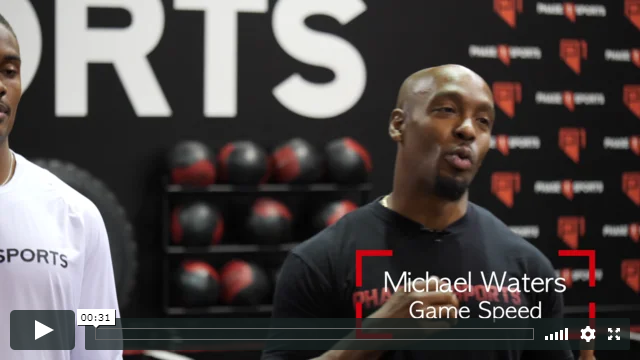 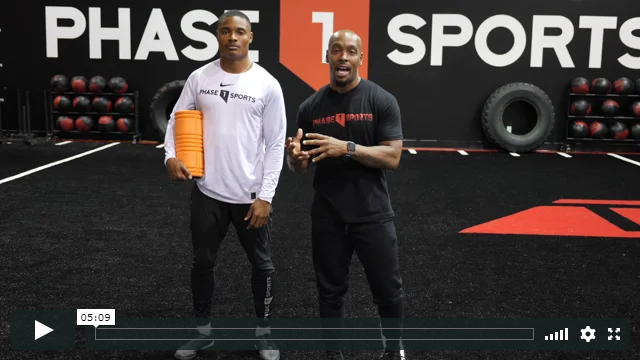 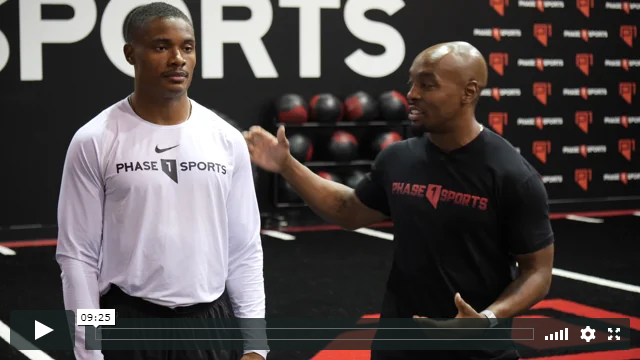 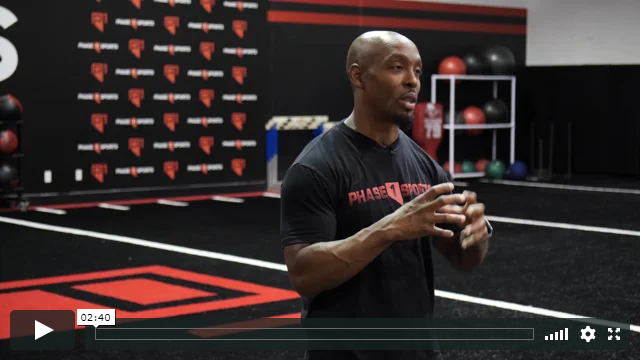 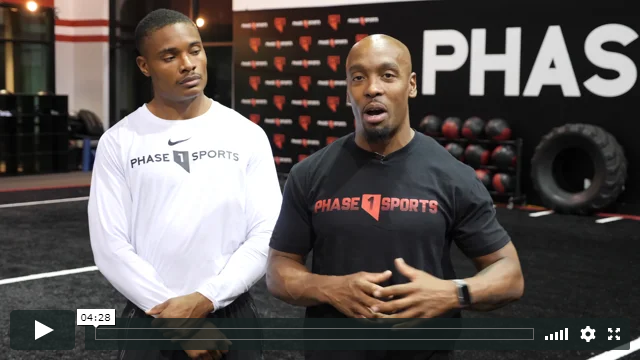 After each program, following these important post-exercise stretches is super-critical to improving your recovery and reaching crazy speeds. Plus, I teach a couple of steps that 99% of athletes have and do to reach pro level success. I show you how to follow this "secret" that will set you up for maximum results.

Act Now and You Also Get... 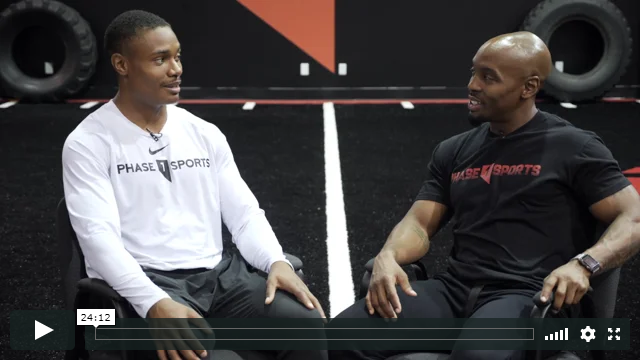 How amazing would it be to learn how to run a faster 40 yard dash from someone who actually did it? That's exactly what you'll get with this bonus training. You'll learn from pro athlete Jocquez Khalili exactly how he implemented the techniques taught in Game Speed to increase his 40 time.

In this one on one, he shares his story of transferring different schools, and offers tips for reaching that elusive 40-yard dash. This skill alone helped him to reach the top 2% of professional athletes picked for the upcoming NFL combine. In fact, out of the top 300, only a couple of guys can hit the 4.3 40-yard dash!

This bonus video is a killer that you must watch.

I've never released anything packed with as much value as Game Speed. People pay me hundreds of dollars to receive the same level of training, one on one, at my facility. But right now, for less than some people spend on a month’s worth of coffee runs at Starbucks, you can have the complete Game Speed system to improve your athletic performance. Fast!

Think of Game Speed as your secret "insurance policy" to make sure you’re increasing your chances of getting noticed, getting recognized, and best of all, getting recruited!

Nothing truly helps you prepare for the rigorous college search and recruitment process. But by improving your game speed, you create the best possible impression and increase your chances of being called to participate in college sports.

Just imagine what your life will be like when your fans start cheering you on, raving about you, and talk about you. How do you think that will be for life and your education? Fans screaming, cheering you on is one of the best feelings in the world.

So click on the button to purchase today, and I'll see you "on the other side." 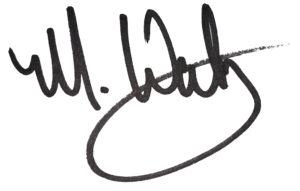